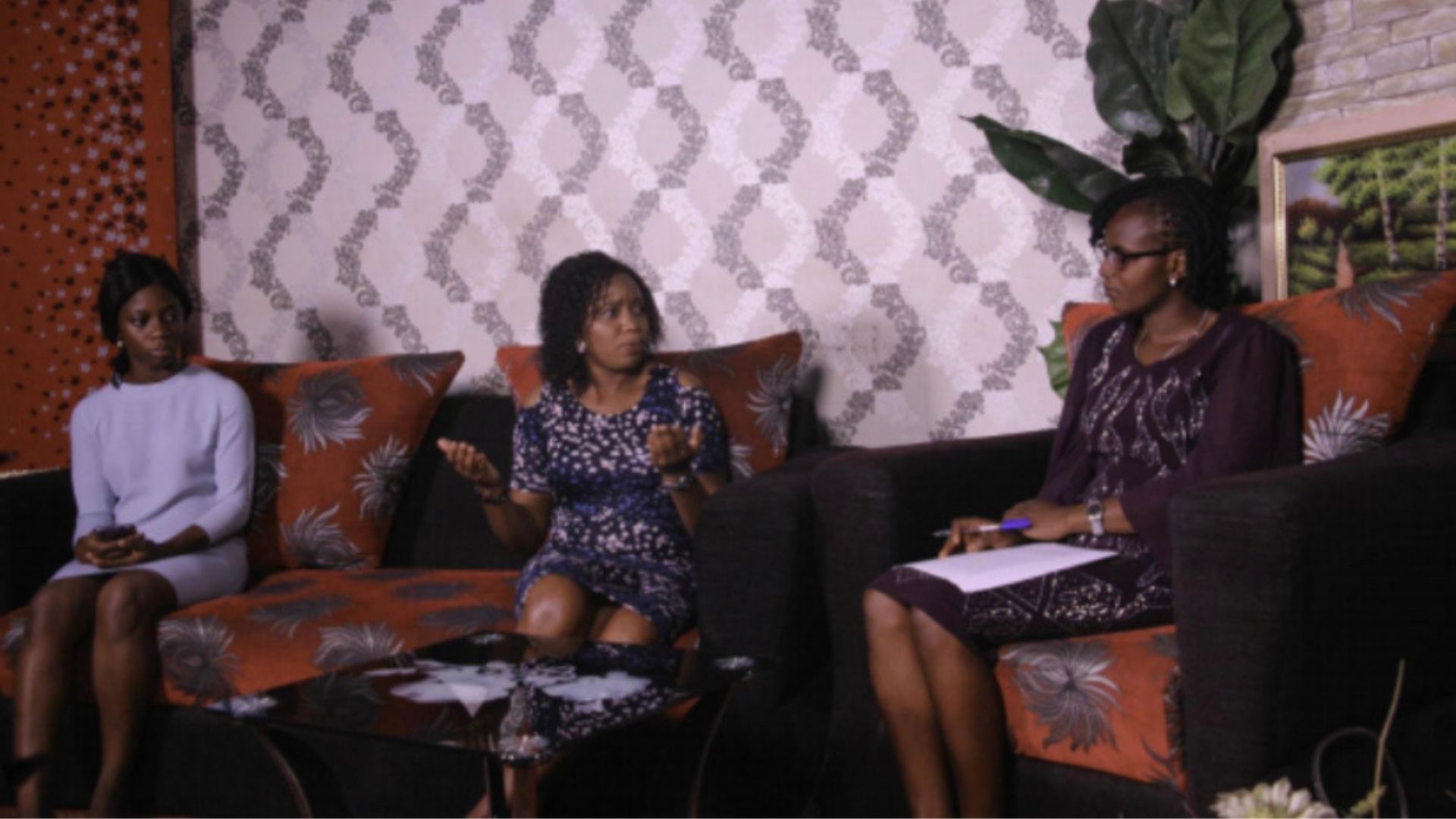 To commemorate the International Day of Zero Tolerance for FGM (IDZTFGM), Dorcas Famuyegun set up a series of TV and Radio activities, by Onelife Initiative for Human Development with the support of the Global Media Campaign to End FGM.

Dorcas Famoyegun of the Onelife Initiative led the implementation of the project. These include media interviews at Splash 105.5FM, Premier 93.5FM, Amuludun 99.1FM, Fresh 109.5FM, and New Frontiers TV; production of 8 videos where community members shared their FGM-related experiences; and design and promotion of e-fliers for an online campaign to end FGM. Details of each of these activities are described in this report.

Before the day, a 6-day countdown was done. End FGM advocates from the communities and Onelife staff was interviewed to state a reason why they think FGM should end. The pictures and quotes of people engaged were used on e-fliers across several social media platforms like WhatsApp, Facebook, Instagram, and Twitter. This was used to raise awareness about the day and for the public to see faces of people (both male and female) identifying with the culture through their dressing but speaking against the practice of FGM.

On the 6th of February, a flier requesting people who are interested in asking questions and knowing more about FGM to chat up the official line of the organization was published online. This was promoted on Facebook to drive conversation among the online audience. See here the countdown and e-fliers designed for the campaign.

Trained young men from two communities predominant for FGM practice in Ibadan, Oyo State, Nigeria (Oluyole and Ona-ara Local Government Areas) together with Onelife Initiative staff members were interviewed on 4 radio stations and a television station to raise awareness about ending FGM. They discussed their experiences as FGM advocates in their community on the selected radio stations. 2 of the radio programs were phone-in interviews where people in the community were allowed to call in to air their views about the subject being discussed.

A roleplay of real-life events related to FGM was done on Premier 93.5FM, this was done in a form of drama, the style was used to appeal to audiences who do not readily listen to interviews. Both English and Yoruba (the local language) were used to communicate during the program to identify with the people. See here the fliers designed to create awareness for the interviews, they contain the details of the interview programs.

The media interview sessions were held on Splash 105.5FM, Premier 93.5FM, Amuludun 99.1FM, Fresh 109.5FM, and New Frontiers TV. See the appendix for links to the interviews. Storytelling was used to appeal to the emotions of people as this was a way of bringing life to discussions and for people to see that the issue is closer to them. Videos documenting an interview with selected community members who have experience on the issue of FGM and why it needs to end were produced and uploaded on our social media platforms @onelifeinitiative on Facebook and Instagram, and @onelifeng on Twitter. 7 of the interviewees had the first-hand experience with one or more girl(s) or women who have been cut and one of them is an FGM survivor.

They described the consequences and encouraged people to stop this practice. The audios from these interviews were aired on the radio stations to serve as conversation starters and to also drive the message. The interviews were done in Yoruba as the community and the videos were subtitled in English. In total, 8 videos were produced. The interview with a traditionalist-Iya Osun was promoted because it gained more traction with the online audience.

Disbursement of funds was a little late and activities had already started before funds were received.

For people who reached out for direct FGM services, there is no formal relationship between the organisation and health care providers currently. However, they were referred to the teaching hospital and a private hospital the organisation has previously engaged with on other projects. This needs to be addressed at the national level.

The social media push on February 6th was a bit traditional. Retweets from GMC likes on Instagram and reshares would have mattered a lot on February 6th when the #Act2EndFGM hashtag was trending.

Making a public declaration is not enough, we need to address the demand side, once there’s no demand the circumcisers will not have customers.

We need every hand to be on deck, there is no time for anyone to sit and rest when it comes to issues around FGM. Everyone has to take action and do something

Here are some questions and statements from callers from the radio interviews:

• The religion I am practicing allows for FGM. Should we circumcise our girls or should we not?

• FGM will cause a girl to have issues with her husband when she’s married and the practice of FGM is the cause for a lot of separations among husbands and wives.

• Iyaibeji Ologunde from Ilora: Since the culture of ending FGM  what will happen to people like us who have been mutilated?

• Adewale Rauf, from Sagbe: in the olden days they always mutilate the girls but now that you are saying it is dangerous I am confused.

• Ibrahim Ganiyu, from Oginjo: if we adhere to the rule of not mutilating girls does does that mean girls won’t have issues with sexual intercourse?

• Soliu olugbile, from Iseyin: how will we identify young girls who have been mutilated to help them quickly?

• Apoun: is it true that FGM prevents promiscuity?

• 3 women called the office line to make inquiries of how they can get help and health services for FGM-related complications. Although this was beyond the scope of this project, they were verbally referred to health care facilities.

• The quotes used for the countdown carried major messages that can be used for end FGM advocacies.

The 8 women interviewed at Oluyole and Ona Ara local government areas of Oyo State provided anecdotal evidence by sharing personal stories relating to the negative impact of FGM and boldly coming out to the public to encourage them to end the practice. This helped to deepen our conversation on-air and on social media,

We were able to reach out to more radio stations and TV because of our previous relationship with them. Also, the interview cost was done at a subsidized rate. This enabled the project to accommodate the increased expense that came with the video production and the online campaign. We were therefore able to reach out to a greater number of audiences while also supporting our claims with stronger video evidence.

For subsequent programs like this, at least two health care centres (a representative from the private and public sector) would be formally contacted to create partnerships to have smooth and formal referrals for FGM-related health services. They would be put on standby so they can support callers who want to review their reproductive health status.

The activities carried out to commemorate the International Day of Zero Tolerance for Female Genital Mutilation, 2021 was a great success. The activities have been able to alter the views of the public and have changed the perception of some, from our interactions with them. Also, the materials developed from this project can be used further used to advocate for the elimination of FGM.