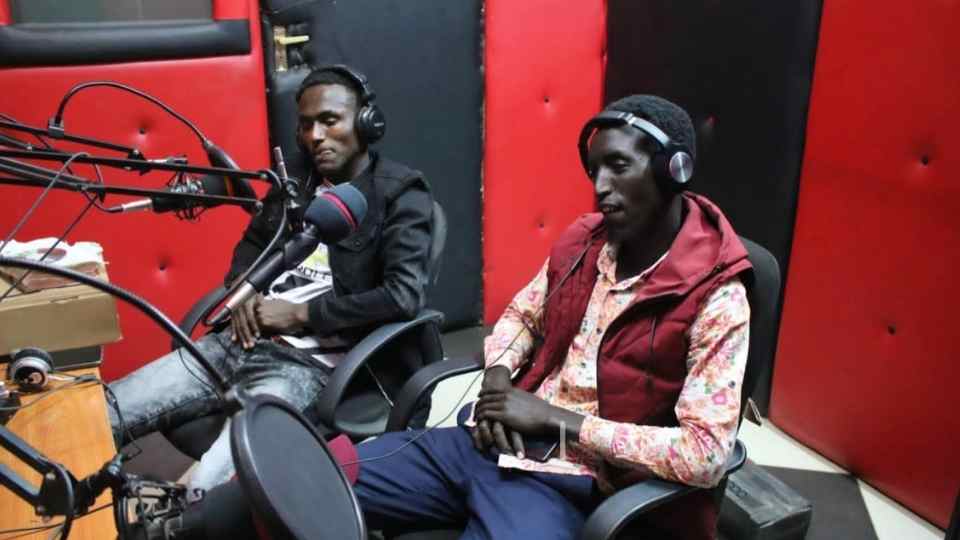 Brief introduction of the project:

Samburu community experiences a lot of Sexual gender-based violence practices some being Female genitalia mutilation FGM, Early and Forced marriages, Teenage pregnancies, The small Girls beading practice, denial of girl child education, lack of women and youths inclusion in community decision making processes among many despite all these challenges our women have been passive in echoing their rights since the majority of them are illiterate and they do know dismally about their constitutional rights.

Through our project, we decided to celebrate and support our school-going girls as we sensitize and advocate for their rights. Through lobbying and partnership we were able to host two radio shows one in watchman radio 102.1 FM Samburu, Radio Mchungaji FM, and also had a privilege to host one of the most colourful youth-driven events, courtesy of Global Media Campaign and UNFPA with the day implementing partners NKOPIRO foundation one of the youthful led CSO with other stakeholders in Samburu county.

Being a member of the Samburu County Gender Technical Steering Committee and the C.E.O of NKOPIRO foundation I was able to invite all members of the Samburu gender committee where the majority of them decided to partner with us in making our day colorful in one way or another.

Some of the stakeholders who came on board and made our day complete are as follows; Samburu County Gender department director, Office of assistant county commissioner, The Samburu Project, Compassion International Sirata Center where our event was hosted, the Samburu Girls Foundation, Child fund, World vision among many and the reason as to why I targeted this group was because of the tireless efforts in bridging and mitigating gaps of the existing Gender barriers among communities in Samburu county.

How successful was the media project:

Concerning our media project we were able to reach more than one hundred thousand local audiences in our two-day radio talk shows, one on radio Mchungaji and the other on Watchman radio 102.1 F.M Samburu, where we were able to sensitize our locals on the importance of girl education and need to live all forms of harmful cultural practices, starting with FGM which is one of the leading retrogressive culture being practiced in our county.

During the shows, we received very positive response from our locals on the need for us to adhere to our national agreement with the Kenyan National government during the Kisima declaration on the need to end FGM by 2022 the Samburu elders during the show quoted it as sacred, During the show, the spirit of the clergy in Samburu also gave their opinion:

The young people should be the driving force in ending the FGM practice among Samburu’s and use churches as a platform to address these culturally perceived injustices.

Quotes from our radio talk:

The difficulty we faced in planning, organizing, and executing our media project was a short notice on preparation for the talk show since having a program running daily in a radio station is expensive and a high majority of Samburu residence can’t access and read print media during the advertisement.

Another difficulty is a cultural perception on youths’ decision, our event being youth-led many elders we not taking it seriously simply they culturally believe only elders can make and give viable informed decisions.

Secondly was the local’s response towards Eradication of FGM, where we were some rejections during our radio talk shows only to find that despite Samburu’s being patriarchal community they are ready to live FGM practice for good e.g The Samburu Wazee requested for inclusion in radio talk shows since they are the caregivers to this affected young nation.

One of the challenges faced during the planning was poor communication channels, where we never had smooth coordinated communication before the day with those other stakeholders who come on board due to their busy schedules.

What will we do differently next time:

Change the audience and use the Samburu age set leadership structures in addressing Female genital mutilation issues by identifying figures particularly among MORANS and Shanga girls since they are among the groups with FGM dismal information on why we should eradicate FGM amongst the Samburu’s.

I will engage The LAUNOK, LAIGWANAK-morans leaders and look for dialogues on why the Samburu morans should accept Un-circumcised girls for marriage and also capacity build both morans and Shanga girls on the negative effects of FGM.